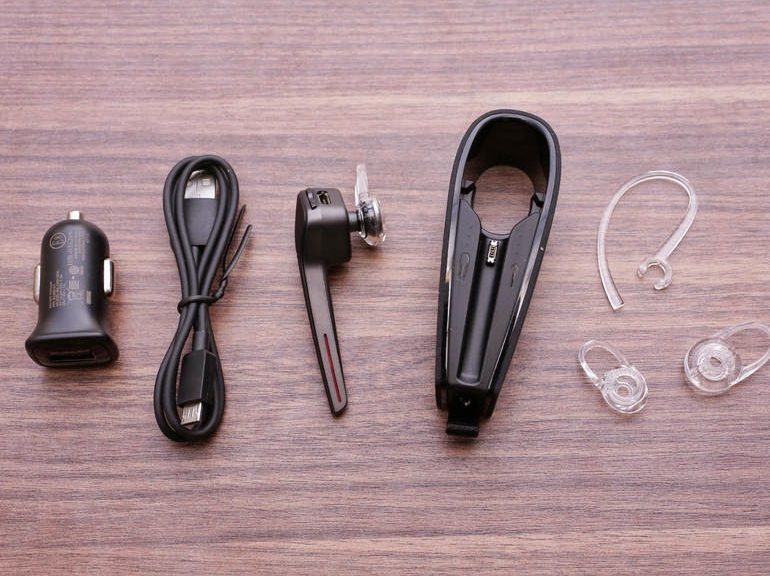 Once in a while you look for a solution to a problem and you find that a company has actually made something that works perfectly for you. The Plantronics Voyager Edge is such a product. From the moment I started using it, it surprised me in ease of use and quality. Read on to find out why!

p.s. This will be a quick and dirty review of my experience. 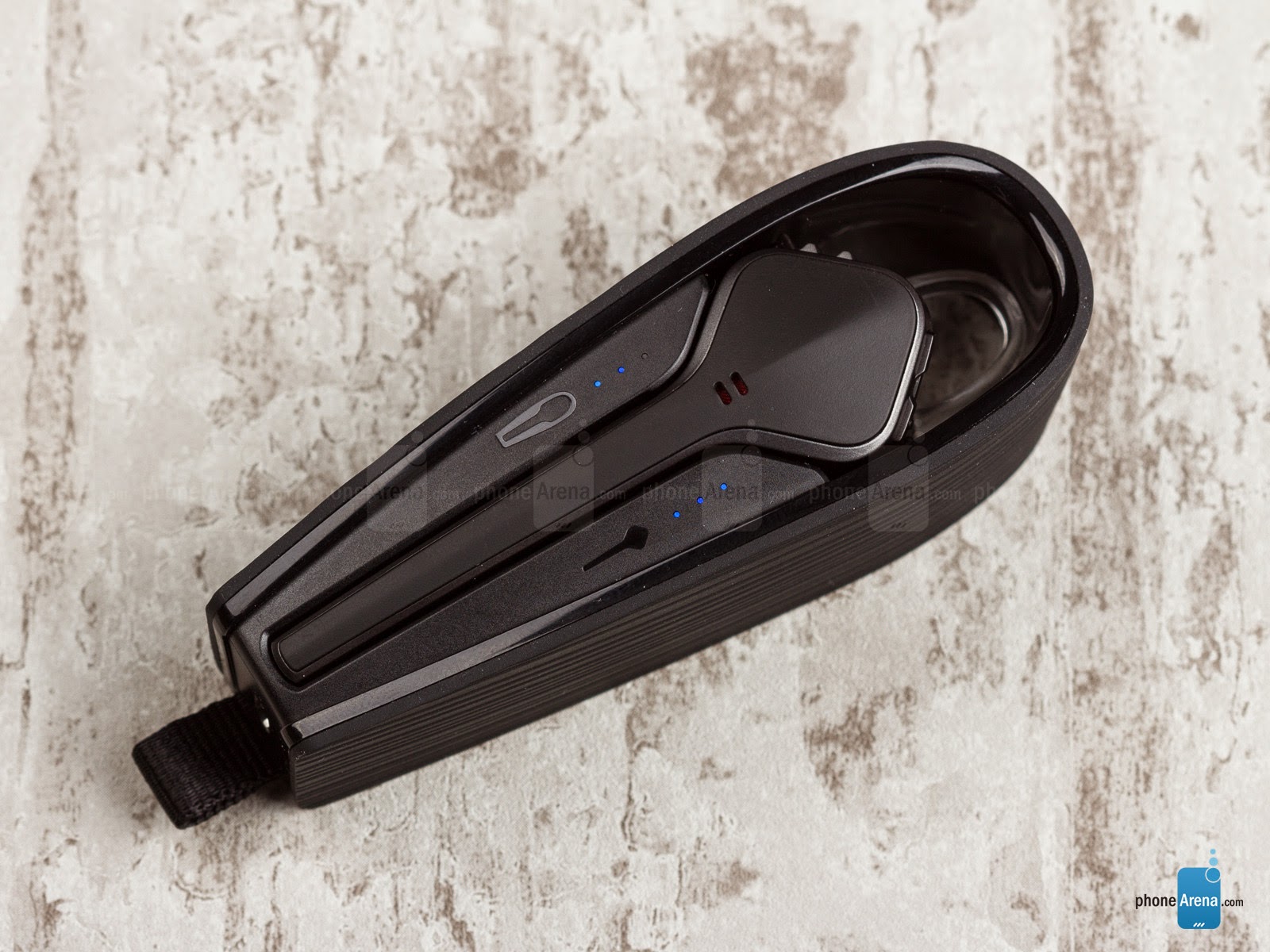 The cradle with the headset docked
Picture borrowed from Phone Arena
My reason for buying this headset is mainly for using it in my car. Over the years I have driven several makes and models of cars, all with carkits built in. And while some are better then others my experience is that a carkit just sucks. I can’t hear the person I am calling with, and they can’t hear me. It’s always a struggle between too loud or too soft and well, lots of shouting. Basically it’s a somach acid burning type of experience and it causes me to NOT call in the car anymore.
And while some would say not calling in a car is a good thing (I can understand why), I’m often in the car more then 3 or 4 hours a day and it just makes good use of that time. Also during work days, it’s often the only time that I can make calls during business hours.
Having used Bluetooth headsets in the past with some degree of success I started to look around to see if technology had progressed towards the point that it could fully replace the carkit and give me almost the same ease of use.
After looking around on the great big internets I found that there are several top models out there right now. Brands such as Jawbone and Jabra come to mind. The one that caught my eye the most was the Plantronics Voyager Edge. It’s design with a boom microphone and easy in-ear hook looked awesome, if it would work as advertised.
Well, to make this review very short. It does! It’s an awesome little piece of technology I can whole wholeheartedly recommend to anyone who does a lot of calling, especially in the car!

The headset comes as a set with what you see in the picture below. Mainly the headset itself, a docking cradle, an micro-USB cable and a car charger. It also gives you 2 in-ear holders and one extra over-ear loop. 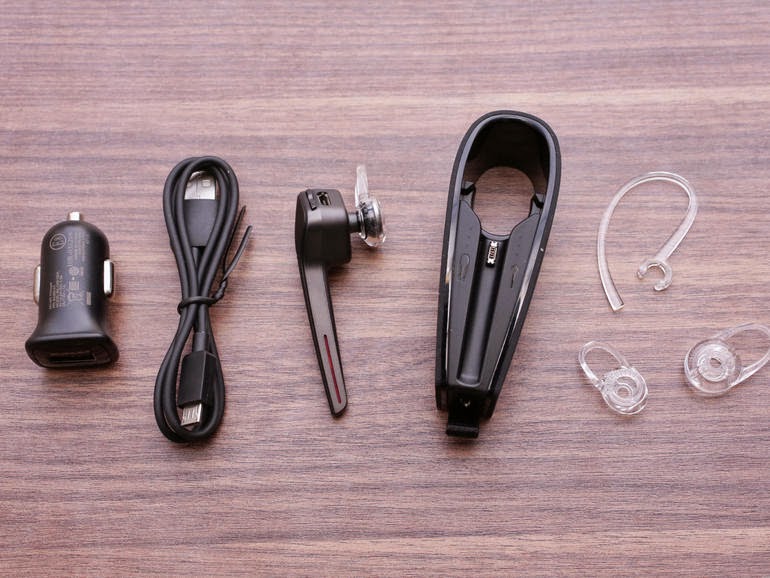 Included accessories
Which of the 2 in-ear holders you need depend on the size of inner ear you have. The over-ear loop is an extra if you wish to have extra stability. For me the default ear (small I think) piece fit perfectly. It has literally never fallen out, although the feeling takes a little bit to get used to.
This picture also shows exactly why this products works so well for me. For me, I have the cradle mounted (with some velcro) in the car and it’s basically a docking station in the car for me. I have left it connected for a few months now and see no negative effect. My car does shut off it’s power when it’s not running. The cradle and the headset are basically always charged this way. Because of this, putting on the heatset has become a single handed action for me.

My typical usage scenario is like this:
1. I get into the car to drive
2. My phone rings
3. I reach to the base station, flip the headset out and put it into my ear in one motion
4. The “auto-inear-detection TM” of headset acknowledges that I placed it in my ear, instantly connects to my phone and talks into my ear that it is connecting for me and auto awnsering my call
5. About 1,5 second later the headset is connected and has answered call and I’m talking away! 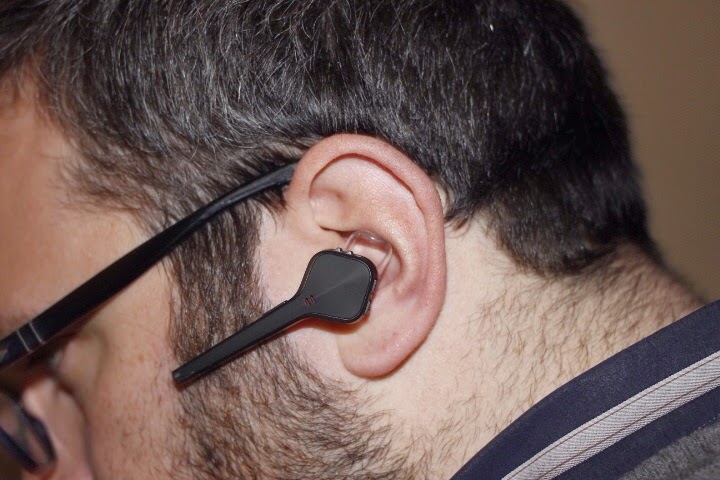 Perfect ease and secure in-ear fit.
Picture borrowed from iPhoneItalia
No buttons to press, no dumb mechanism which don’t work in reality. Just perfect finesse and ease of use. I wouldn’t even have minded to press a button, but it does it automatically.
This was exactly what I was looking for in a headset (for in the car).

While you don’t have to use them often, the headset does have buttons. The big square area on the top (outside of your ear) is a answer/hangup button. There is two small buttons on top to raise or lower volume and there is a button on the underside which will allow you to give it some voice commands.
The voice commands work, but don’t really do much for me. Two features of it do come in handy. If you push the answer/hangup button while not in a call it will tell you the remaining battery time. Double pushing it will call back to the last number you used while connected to the phone this session (disconnected line for instance).
Also, if you are wearing the headset it will auto answer (A setting switchable using the software) but it will also read-out the name of the contact calling. This means you don’t even need to get your phone when someone calls to see who it is. A very nice addition.
The headset supports NFC so you can pair it very quickly with any of your devices. 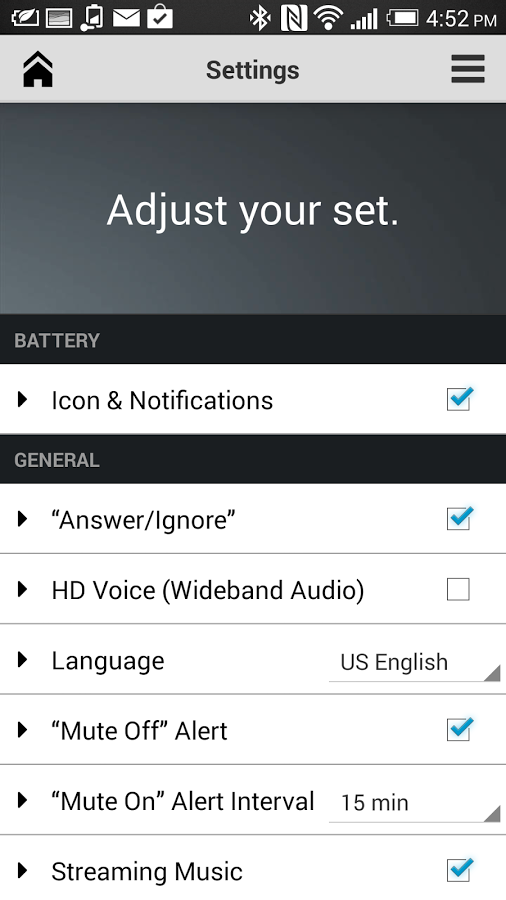 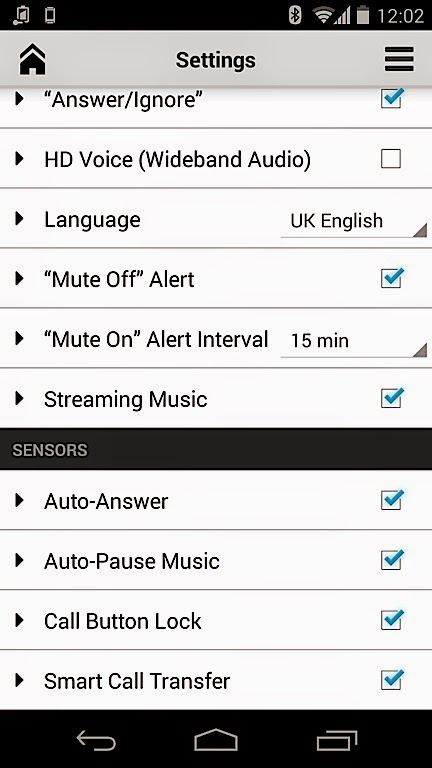 Call quality is also excellent, I asked a few people I had been calling with for 10, 15 minutes about the car noise or call quality and every single one was surprised or did not even believe me that I was in the car. My voice was crystal clear on the other side without any other noises whatsoever. You can talk naturally, no need to shout of raise your voice at all.
Received audio is just as well in my opinion. The speakers inside the headset is clearly chosen for voice communication and this will not be your headset if you also wish to listen to a lot of music. It does work and it sounds “ok” but it’s certainly not meant for me. Then again, voice sounds excellent.
The headset also supports the newer bluetooth and higher quality audio streaming. So if you have a connection of WideBand voice, the headset is also able to handle this and it really sounds excellent.
A problem I have had with other headsets before is that the in-ear volume cannot go loud enough. No problems with the plantronics, even in a noisy car traveling 120KM/h I mostly only have the headset volume set to about 60%.

Battery life of the headset itself is around 5 to 6 six hours, but the cradle easily doubles that if you don’t have a charger around. Both the headset and cradle (or both docked) can be charged with any phone charger you have around (5v micro-USB). The headset is able to tell you the talk time left in your ear or you can use the Android app to change settings or see the battery life on your phone while it’s connected.
The longest I have worn the headset is about 2 hours and even during that longer period of time it did not irritate my ear or become hot during usage. 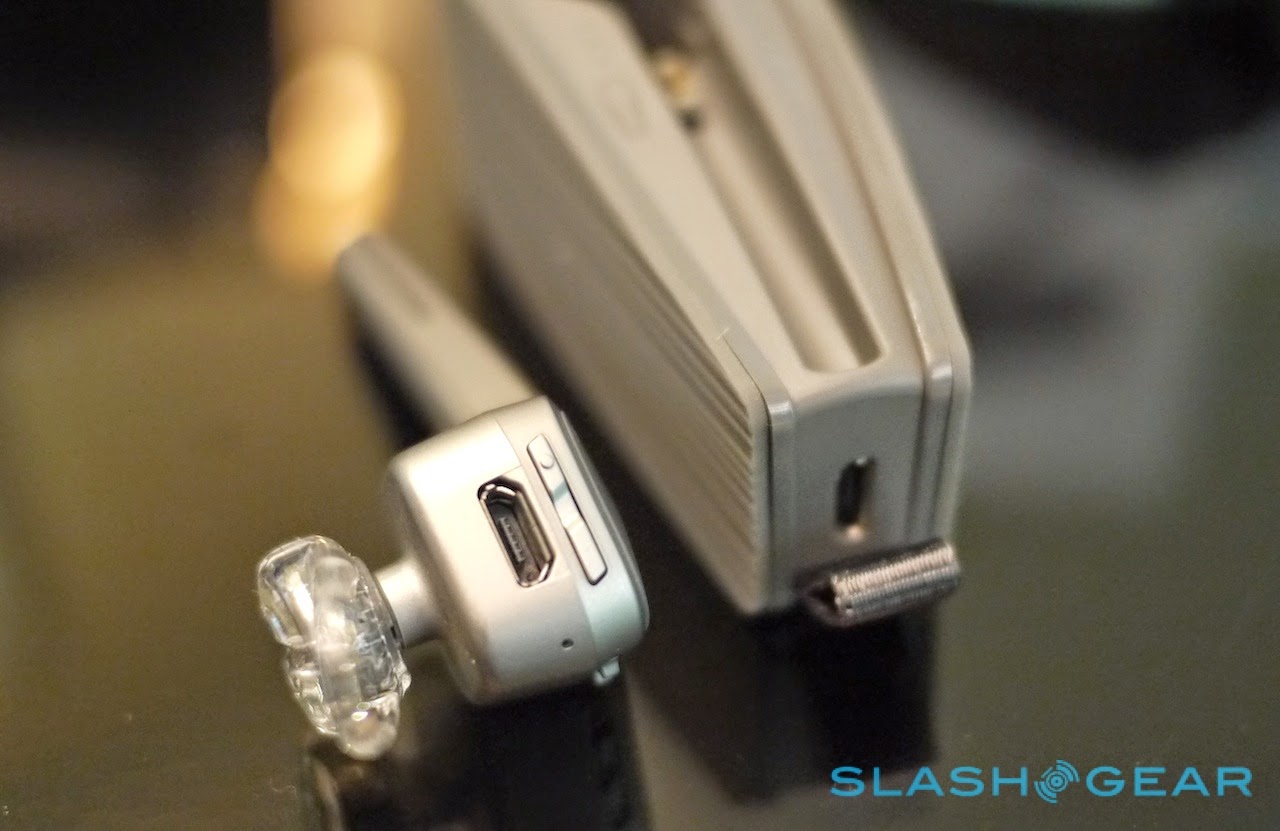 Micro-USB for both, millions of chargers you can use
Picture borrowed from SlashGear

All in all I really don’t have anything bad to say about the product. There are a few points which could be improved though:
– When I got the headset the battery indicator would say it was almost empty while the headset was full. Draining the headset completely once and then using it normally this problem automatically went away. Basically, it needs a bit more calibrating to settle it’s battery meter. Not a big problem when you know this, but they should put this in the manual and the software.
– Software update worked perfectly, but only using Windows 7. Since all my machines run Windows 8.1 64Bit I had a to use a virtual machine with USB pass-through to flash the headset. That is quite cumbersome, come on Plantronics, it’s 2014, support Windows 8.

This headset is just excellent, a joy to use and it has made my in car calling so much better then it was before. The whole seutp with that I can just leave it docked in the car, pick it up when my phone rings, no buttons to push, no connecting issues, just a one-handed single motion, hook it into your ear and 1,5 second later you are talking. Absolutly awesome.