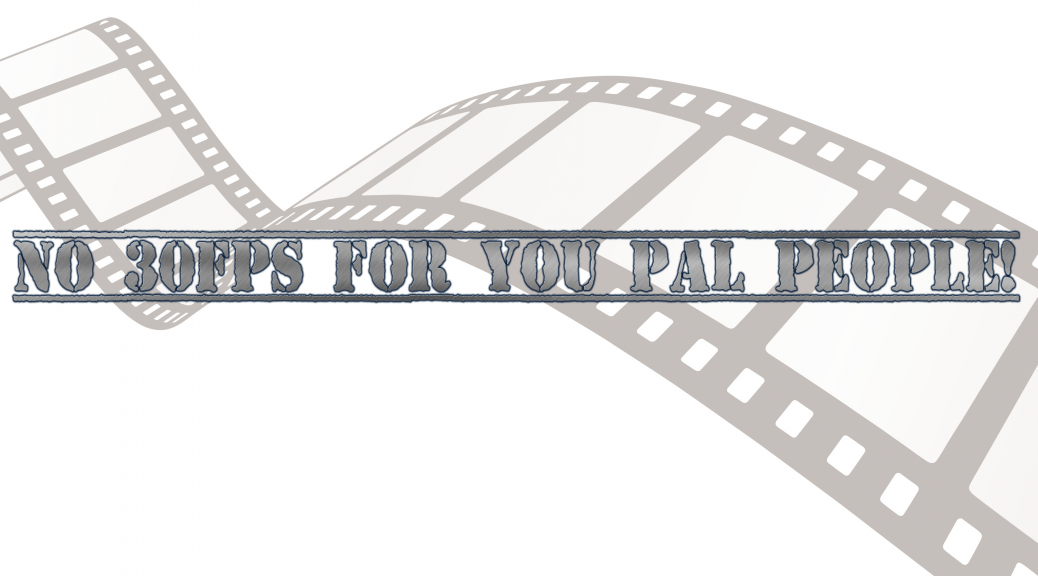 As you probably where able to see in the previous video I decided to replace my 6 year old Sony Nex-5 with a Panasonic G7. I remember thinking 6 years ago that it was sad they where still bringing out PAL (25FPS) and NTSC (30FPS) models of the same camera without allowing you to change it. Guess what, this new Panasonic is locked too! Horrible!

I found a away to change that though! Read my post to see how to change your 25FPS PAL Panasonic G7 to a 30FPS NTSC Panasonic G7!

I also made a quick introductory video about this (more of a rant really) which you can watch here:

There used to be a problem (Why 25FPS and 30FPS exist)

Ok, so in “the old days” there actually was a problem with flicker and recordings. It used to be so that power net flicker (at 50Hz or 60Hz) in your lights and your big tube TV running either 50Hz PAL or 60Hz NTSC would create problems.

But this hasn’t been true for a while now, ever since energy saving lightbulbs and LED lighting this issue just doesn’t exist anymore. These new lamps either flicker inherently because of PWM dimming at several 100’s of Hz or just give off a stable light without 50Hz or 60Hz light because of the driver inside of them.

TV’s changed in the same way. Basically TV’s are basically big LCD screens now and they are built VERY differently from old tube televisions. There is no more 50Hz or 60Hz, there is only frames per second or FPS it is displaying. Actually, most modern TV’s can often display 24, 25, 30, 48, 50 and 60FPS. In the beginning days the backlight could still show a flicker but even then these would be digitally PWM managed at a lot higher Hz rates then the electricity net and thus a different problem. Very modern backlights now use Constant Current instead of Constant voltage to dimm their LED backlights causing no flicker whatsoever.

LCD screens are inherently 60Hz or rather 60FPS, all of them, also in PAL regions. On top of that media consumption has shifted from TV screens to smartphones and computer screens. What do all these new displays have in common? Exactly, they are all fixed 60FPS/Hz displays.

How does 25 fit in 60? Well, it doesn’t without some kind of trickery.

A way to fix this is using a something called a “pulldown”. For instance when displaying 24FPS cinema footage on 30FPS NTSC they would use something called a 3-2 pulldown to correct or “fix” the display footage for the different framerate.

But this method still has issues. Sound for instance will run out of pace with the framerate and needs to be slowed down a bit, etc.

A compounding problem is that a lot of media played today, is played back on computers and smartphones, youtube is a prime example of that. What is the problem with that? A computer screen or phone screen will not do any pull down/up at all!

If you are watching 25FPS clip on a 60FPS computer/phone display it will just be choppy. Especially visible during pans or large moving objects.

So, the real fix to the problem is to shoot 30FPS or 60FPS when you can. If you are in the situation where old lights or something else causes interference, you select 25FPS or 50FPS but per default, in my opinion media should be produced for digital screens now a days and those are 60FPS.

A good video of showcasing the problems this causes is this one, watch full screen for best effect:

For some reason, the ability to switch between these frame rates is regarded as a feature. Or at least, that is what it seems like.

Hardware wise there is NO difference in a 25FPS or 30FPS camera. It’s purely a software lock, nothing else. Evidence of that is for instance the Panasonic GH4, the big brother of the G7 which does allow you to select all the rates.

There now is a fix!

Recently I was surfing and I found a video where someone found out how to switch his Panasonic GX8 from 25FPS to 30FPS. He (and some commenters) also stated that this “fix” worked on several different Panasonic camera’s.

I’ve been testing and shooting with it a lot and I haven’t been able to find any downsides to applying this fix. What I think it’s doing is putting the camera into some kind of service mode but I kept all my settings and all the functions seem to function as expected just at 30FPS or 60FPS instead of 25FPS or 50FPS! Awesome!

How to fix your camera

On the G7 it works as following:

Press the following buttons at the same time and while doing so, turn the camera on. The buttons are [right (WB) ], [disp.] and [AF/AE lock].

It will take a bit of thumb twisting but it’s doable.

When the camera turns on, press the green [playback] button.

While in playback press [up (ISO)] and  [AF/AE lock] at the same time and while doing so, turn off the camera.

If everything went correctly it will display a yellow exclamation mark while turning off.

You’re done! Turn the camera on and you should now be able to select 30FPS and 60FPS modes!

For me I noticed no difference in using the camera, but as I said, I didn’t use the camera very long without running in this mode. But I have not encountered any problems. The only visible effect other then the frame rates is that while turning the camera off it will show the exclamation mark.

This switch to 30FPS also remains with reboots or changing batteries, SDcards, etc. I also did not need to reformat my SDcard or anything of the sort.

If you wish to switch back, you need to do the following:

Press [MENU/SET] and [right (WB)] at the same time and while doing so, turn the camera off.

This should reset the camera back to the original mode.

Wait, now my videos show all kind of flickering lights and horizontal bars!

Ah, then you have lights which do still flicker harmoniously with the power net. Sadly, there is no real way to fix this other then changing the lights you use while recording video.

I originally found this method in a video made by Sergey Svistunov which you can find here: https://youtu.be/Dt-GX5BdcgU. His video also has some comments of people trying it on different Panasonic camera’s!

Comments and questions are always welcome!