A while back a new firmware (2.5.1.8) appeared for the Ti DaVinci DM365 and DM368 camera’s. Only recently a kind comment-er was able to find a link where to download this firmware.

Sadly, as always, there is no changelog. After testing it at least fixes 2 issues I was having with the previous versions have been fixed and who knows what else has improved! Since I’ve been running it without issues the last 2 weeks, it’s time to share it with everyone!

You can find the previous post about the firmware here, I suggest we do new replies about this firmware (and newer) in this topic. 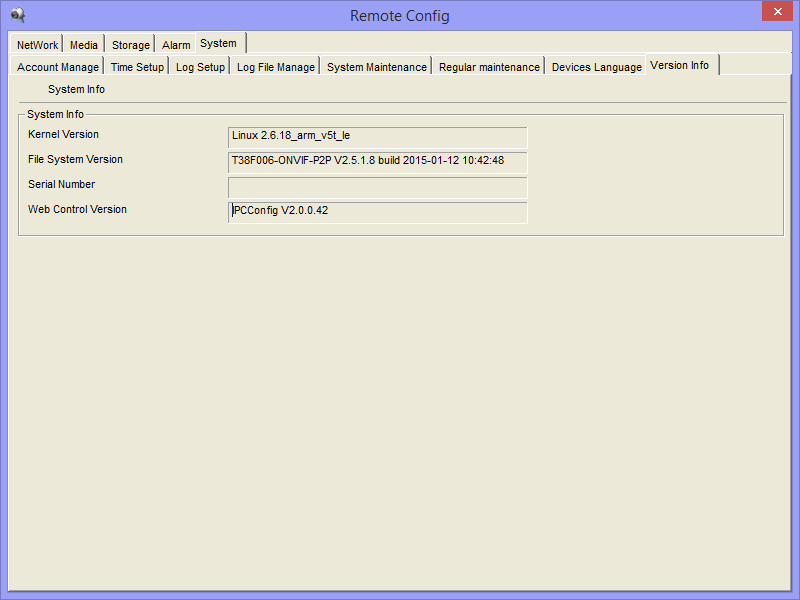 !! A word of warning, if you are on ebay or aliexpress do not trust sellers with “Novate” in the name such as “Novate Intelligence System Company Limited” and “Novate Security World”. They are scammers and while they sell you the camera, if you have problems, they don’t respond anymore and let the shop die to open a new one with a slightly different name!

With the latest firmware before this one there where 2 issues I was bothered by. Time setting where very broken and you could not disable the introduced cloud functionality. Both issues have been fixed with this new firmware!

This firmware completely re-works the time settings window. I believe it to be small changes to the camera firmware and big changes in the IPConfig tool. 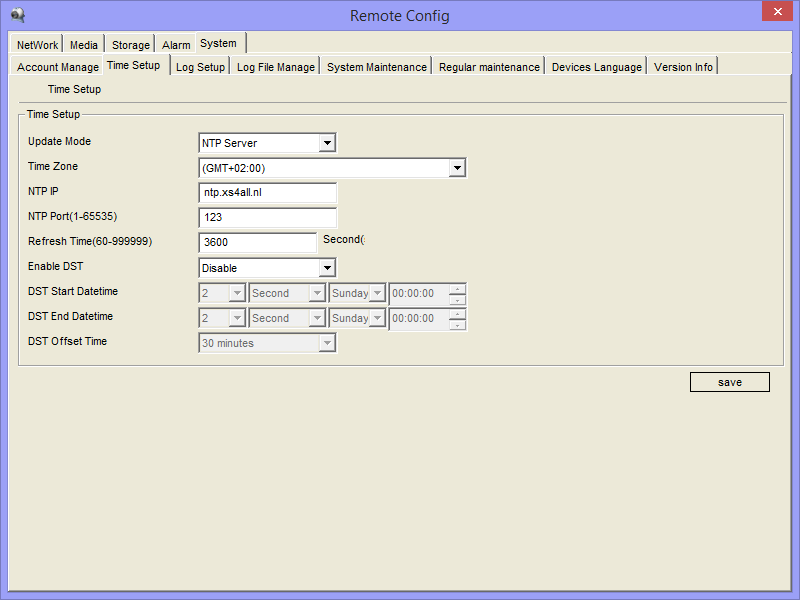 New time zone settings
I use NTP with a refresh of about 1 hour and that seems to work just fine using this firmware. In the previous version the time would jump around, depending on your settings and actions in the configuration tool. None of that this time, it fetches NTP each hour, corrects where needed and now just works smoothly as you would expect.

In version 2.5.0.0 cloud functionality was introduced in the firmware. I wonder how many of you are actually using it? Let me know if you do!

The problem was that this added feature had no disable button and that as it turns out their cloud platform is a VERY BIG security hole where anyone on the internet could view your camera’s feed without you noticing.

I always use my camera’s in a separate subnet of which I block access to the internet except for DNS and NTP.
Since this new 2.5.1.8 they have introduced the functionality to disable it!

Disable it!
I heard from one person who installed it that they had issues and couldn’t actually click on the boxes, and using your keyboard to change the settings was the only way. For me using the mouse worked fine!

A tip for upgrading the firmware!

If you want to upgrade the firmware, there is a little trick.  If you are running your camera’s in the 5Mpix setting (To be honest, why run it in something else?) your firmware upgrades will be very problematic. 95% of the time your upgrade will fail without a really clear reason.
The trick is to set the camera to 720p and then do the upgrade. It will succeed every time and after the upgrade has been completed, you can change it back to 5Mpix!
On my test camera’s, all settings where kept and I haven’t noticed any issues in using the camera’s for the past 2 weeks.

Settings I mostly use

When you get the camera’s from AOTE, most of the time these will be set to Chinese language in the OSD display. Changing this to English will look a lot better to us folks, no from china. 😉 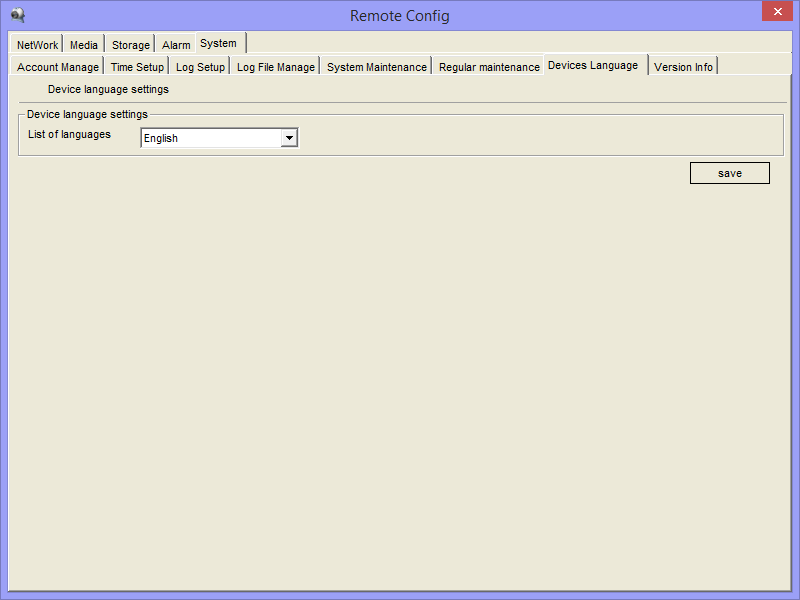 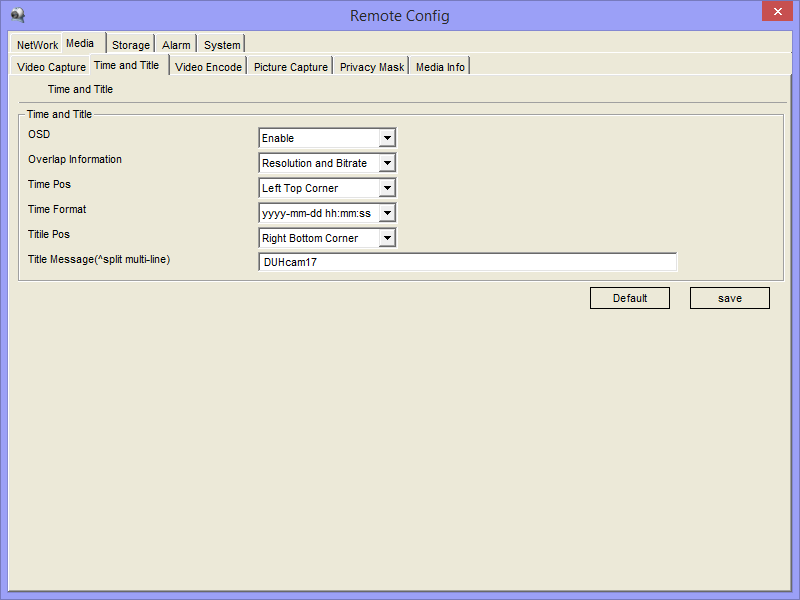 In the video capture settings I don’t change too much. I mostly add a little bit of sharpness and set the IR sensor to passive. Passive mode seems to work best for me and it smoothly changes between dark and light situations. It will sometimes flipper a little but when the sun is coming up or going down, but nothing that troubles me. 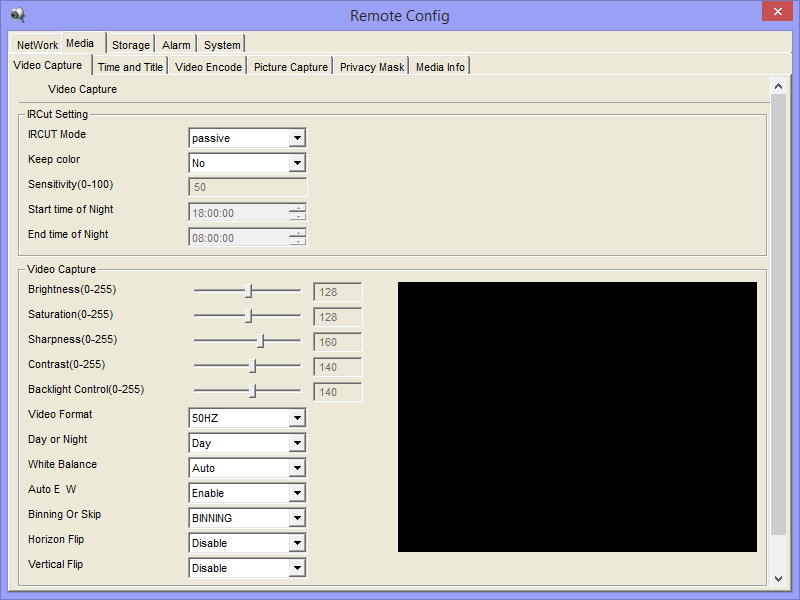 Especially in the video encoding setting you can change a lot of settings. I have tested with which settings I get the best results, at least in my situations. 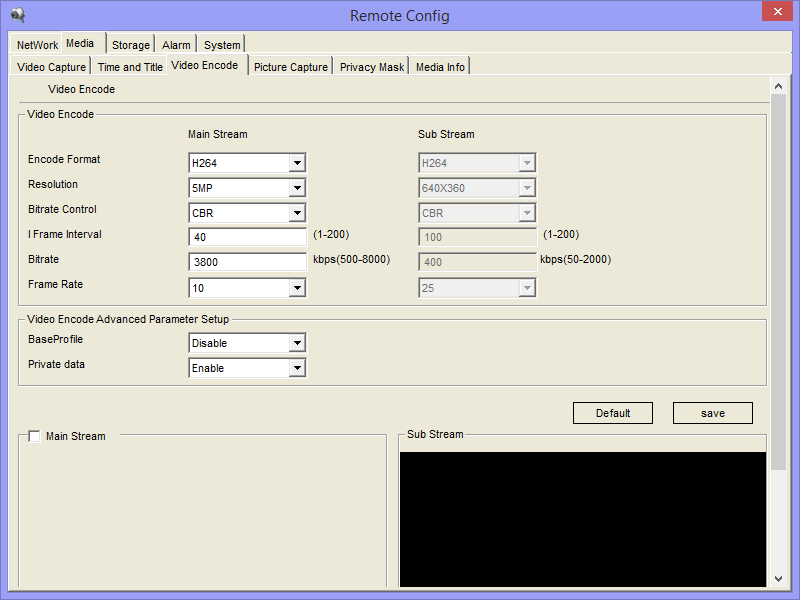 In picture capture I change my picture export setting to 100%. Whenever I get a picture from the camera I will later on use this picture for generating a timelapse video. And thus I will re-encode all the pictures anyway and I will choose the setting (filesize) I desire at that point.

(Linux only, windows you can find somewhere else on this blog) This line will fetch an image using the picture URL and save it using the current date and time. Perfect for when running a timelapse. I have also tested running this on a Raspberry Pi 2 and it works great with low CPU usage. 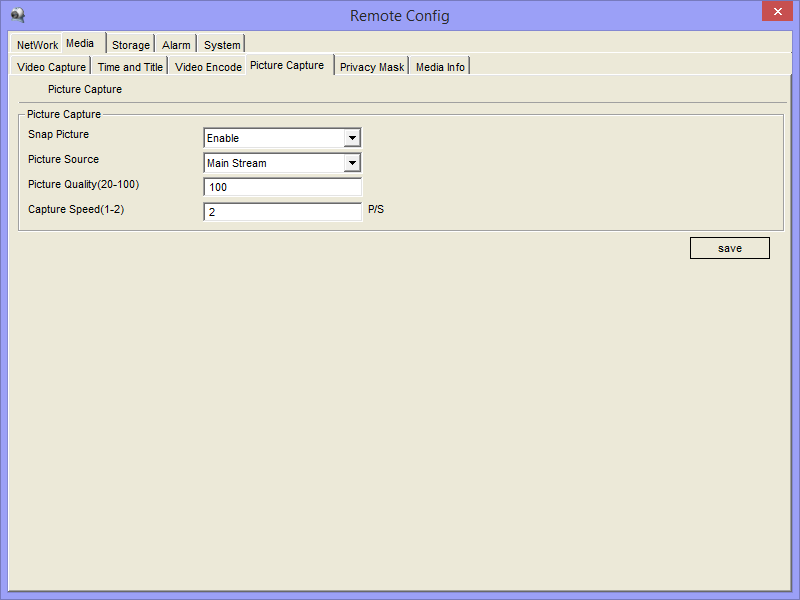 These settings vary a bit. I sometimes use UDP and sometimes use TCP. In theory, using UDP on local network would be fine and streaming over the internet for instance TCP should be better because a missed packet shouldn’t interrupt the stream. In previous versions of the firmware there was a special TCPFIX version of the firmware. I don’t know if this new firmware also needs the adjustments made in that version.

I’ve used a Raspberry Pi 2 to re-stream the camera stream to the internet so that I can watch it locally and over the internet without giving the camera’s internet access. The Raspberry Pi 2 handles this with ease, running multiple cvlc sessions with only about 5% to 10% usage on one core per camera. Great! 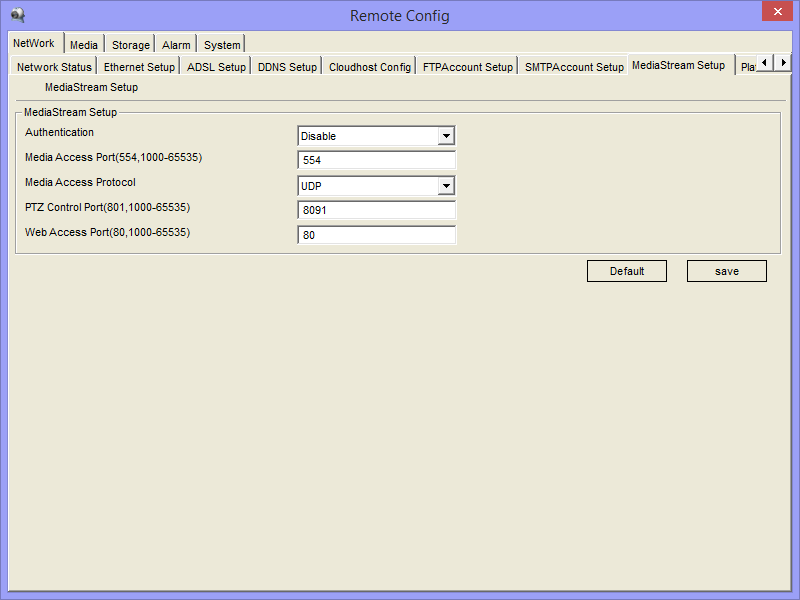 That should be the most information people need to get their camera set to the optimal settings. I haven’t discussed the network settings but those should be pretty clear.
Any comments and questions are welcome!