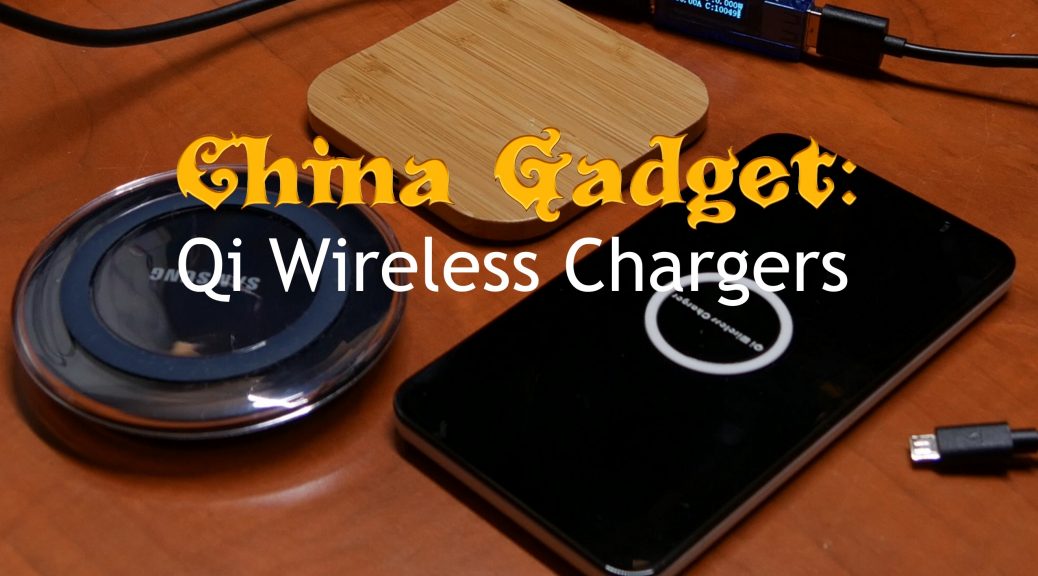 Since I bought my Galaxy S7 I wanted to take a look at Qi wireless chargers. It could make my daily routine of having to plug in the charger at night even easier!

Samsung official chargers are quite expensive though, so I ordered 3 Chinese variaties and tested them!

Since I’m enjoying making these videos I made a video with the review! In this video I show you the chargers, how much power they draw and if they work well or not.

Apologies about the changing brightness, I clearly need to work on my camera settings a bit.

As you saw in the video I selected 3 models:

As I said in the video, I’d recommend getting either the bamboo look or the 3 coil version, depending on which design you like best. As seen in the video the 3 coil long charger performs the best and seems to use the least amount of power charging the phone

As I said in the video, the amount of power going into the charger would vary quite a bit. This is the loss between the charger and the phone. I think the Samsung fake is worst in this because of the design, the coil is probably further away from the surface as with the others and that’s why it also doesn’t work with the case on it. Definitely not recommended, even at it’s cheap price!

Besides the video I have done some non-scientific charging tests and from what I’ve been able to tell all the pads charge at about the same speed. Expect around 1Amp charging speeds.

Best one to get is the 3 coil type or if you like it better, get the bamboo version. But I wouldn’t buy the cheap samsung knockoff, it didn’t work that well.