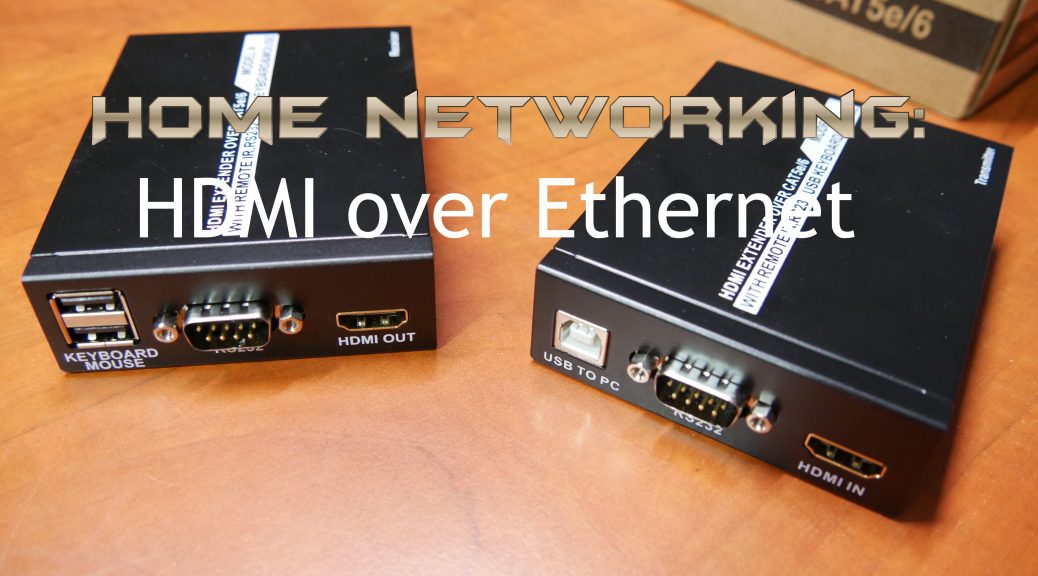 I did a forum post about this a few years ago but I thought it was time to do a video and an actual blog post about my proposed solution for the new house to transport HDMI Video and Audio using Ethernet cabling!

Why would you want this?

I’ve had HTPC’s and servers for a very long time now. The HTPC would be in the living room of course and the servers tucked away somewhere to not be bothered by the noise too much.

This worked fine but I would still have some noise (Although my current HTPC build is VERY quiet) and the servers would be far away or in a cramped space which would make working on them a tedious task, often when time is of the essence it sucked.

So I thought I would look into transporting the Video and Audio signal together with KVM functionality and what better to use then the Ethernet cabling I’m planning on terminating everywhere in the house!

The second reason is that I currently have a storage server (Ubuntu using ZFS) and a ESXi 6.0 server. Both run for 24Hrs a day. 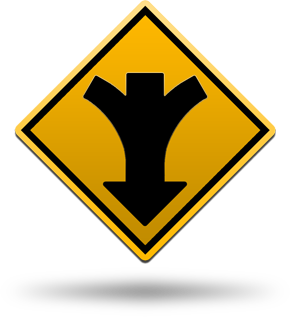 My current HTPC is a low-power Intel Quad-Core of the same generation as my ESXi server (Haswell) but the storage server is a bit older. Haswell made some very big improvements in idle power so I started thinking.

The processing power in my storage server is mainly un-utilized most of the day and even when loaded it doesn’t use near 100% CPU. For the HTPC this is the same. I’m using a beefy Quad-Core because I wouldn’t want to have too little power to play H265 or 10Gbit H264 because the Intel graphics card cannot decode them in hardware and this works great so far. 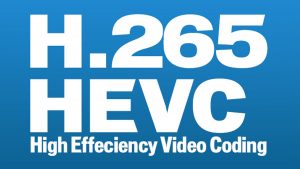 So basically, these 2 computers would be ideal to combine into 1! Since the server would be on 24Hr a day anyway that’s ideal to also use as my HTPC with Kodi! Both tasks wouldn’t really bother each other and thus I could save having 2 machines running for 6 to 8 hours a day and also re-purpose some of the hardware without really decreasing functionality.

But I don’t want want to introduce even more noise into my living room, the whole plan was to move it away. 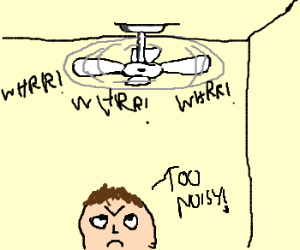 But I also didn’t want to spend a large amount of money accomplishing all this. While looking around I encountered products based on the HDbaseT standard and while this looked awesome they where also starting at more then 300$ to 400$. Close to what I’d be willing to spend but I wondered if it could be done cheaper.

Aliexpress provided a solution in the end. It turns out there is a lot of devices available to transport HDMI over Ethernet. There is a lot of variaties and they all claim to work great. But since I also wanted to transport USB I looked for variaties which also had that built-in. That narrowed it down a bit. The one I got is this one, I did have a bit better deal on it though (well below 100$).

–update Recently I came across this listing. The listing says it’s for the A version (with USB) but the pictures don’t show the ports. It’s a bit of a gamble, but it might pay off!

Second, I didn’t want any compression or degradation is signal quality. If I had to choose between noise and quality I think noise would actually win. 😉

I the end I settled on buying the following units. I had a great deal on them too making the whole setup less then 75$!

How does it work? Video time!

To see exactly, take a look at the video.

But basically, you get two little boxes. Each have their own power supply of 5v 1A. These two boxes consist of a:

The transmitter unit has a USB connector to connect to your PC with a standard cable which is included. It also has a HDMI-in connector to input the Video and Audio signal. Last it has a RJ45 ethernet connector to plug in your Ethernet cable. This version also came with RS232 and InfraRed pass-through but I won’t use those.

The receiving unit has 2 USB connector ports to connect your keyboard and mouse together with a HDMI-out and RJ45 connector for the ethernet cable. Again there is also RS232 and IR pass-through. 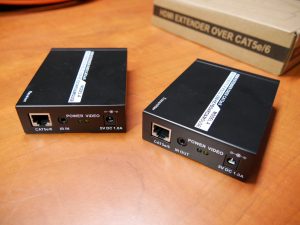 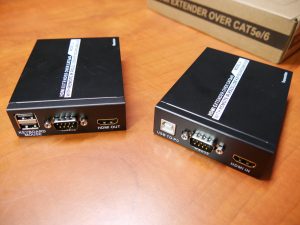 How do you hook it up?

Hooking it all up is quite simple. You connect the transmitter to your computer run an ethernet cable in between them and then connect the receiver to your TV or Receiver and basically, that’s it, it should just work, like that like it isn’t even there.

Warning: Although these units use normal Ethernet RJ45 cables DO NOT plug them into a switch. It could do serious damage to the ports. Ethernet is just used as a convenient transport medium and they do NOTHING network related.

Although during my testing most of the cables I tried worked well, cable quality can be quite important with these kind of transmissions using Ethernet cabling. I have not been able to confirm this myself but I believe the specifications when they state that there is a maximum length to your cables and that this length increase with the quality cable used. So CAT5 would get you 15 meters for instance which CAT7 could get you 60 meters.

This is partly the reason I’m using CAT7 1200Mhz cabling all through the house. It’s price premium over CAT5e or CAT6 is only a little and if this solution wouldn’t work because of my cabling that would really suck.

Also this keeps my fully prepared for 10Gbit networking which will come in the future. The idea of having to rip out all my cables again to replace them with something else is something I really don’t want to think about. 😉 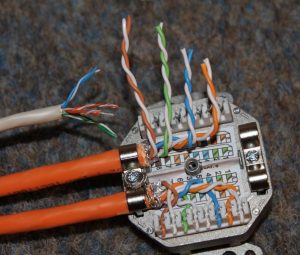 The difference is quite noticeable

Yes, and it actually works very well! Quality for video and audio is excellent and you can clearly tell no re-compression or anything of the sort is going on. You are getting exactly the same quality as you are putting in only 36 meters further away (in my test)!

I tested and verified using 1080p60 and Master DTS and even uncompressed PCM. It all worked flawlessly using both my laptop HDMI-out and my PC’s HDMI-out.

As can be seen in the video EDID information and HCDP is transmitted correctly without issue.

Although the solution worked brilliantly for video and audio some issues did pop up.

I have a Dell u2410 and it’s the only monitor I have which also has an HDMI input. Although I could get it to work a little bit, most of the time it would not sync, turn off or show different issues.

Connecting it to my TV or Receiver however worked perfectly each time. I think the signal coming out of the extender’s receiving unit might be a bit on the low strength side which the old monitor just can’t deal with. The much newer receiver and television showed no issue whatsoever with it!

So I might not work with all display devices, you will have to try and find out. When I get more HDMI displays I will test it and post an update.

As I already said in the video, USB functionality is really hit or mis. I had keyboards that worked and some that didn’t. The same was true for mice. Sometimes it would require a reboot of the connected PC and sometimes it just wouldn’t work at all.

I’m not sure yet what is going on with that but if you are going to buy it for that purpose, don’t. I will also test the infrared functionality in the future to see if that might be a solution to the problem.

If you are looking to extend your HDMI video and audio signals through your house of Ethernet cables. Look no further and this thing works great!

Even with the above problems I think this solution is going to work very well. I only used it in a testing setup for about a week but during that week video and audio performed flawlessly.

As I mentioned above, the model I got was this one (click here). A new model that also looks good is this one.

Let me know how it works for you, I love to hear comments!