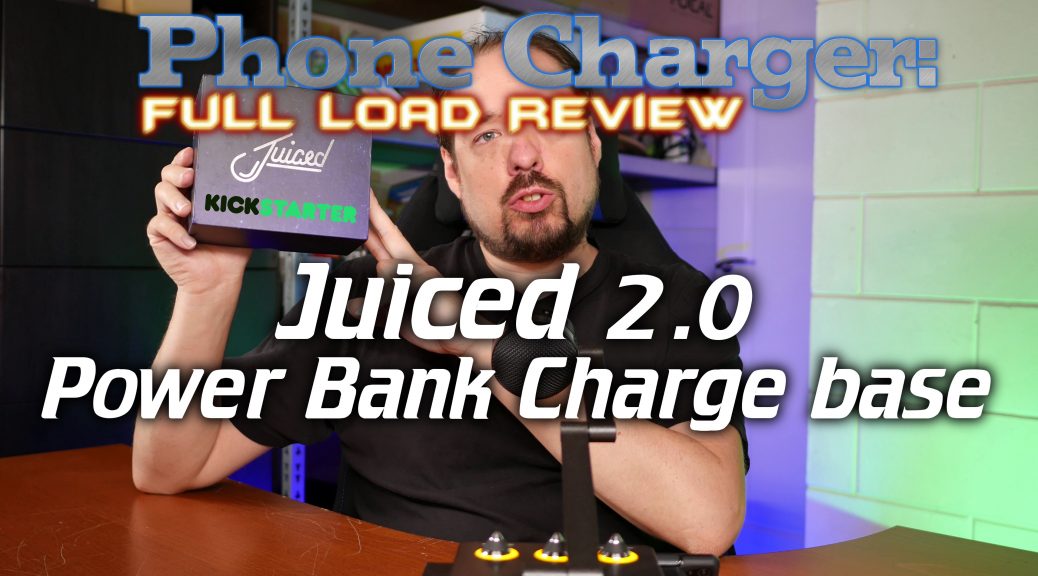 Recently I was approached by a company who had a kickstarter going for their product, the Juiced 2.0. They offered me a free sample and I decided to subject it to one of my full load reviews!

Yes and no. I don’t really do paid promotion (I will never say never, if I agree with a product or what they are offering I might at some point in time) but I see this as a free sample, to do with as I please.  And thus, I subjected it to a normal full load charger review. If you can’t agree with free samples, skip this one. 🙂

As said, this is a kickstarter project which can be found here: https://www.kickstarter.com/projects/2111903582/juiced-20-make-your-phone-wireless-and-cable-free

As always, I did a sort of live video review, check it out here:

As always, next to the testing I did in the video, I have also done some offline tests to see the capabilities of the charger or power bank.

As can be seen in the video, the included adapter is a 5v 4A type. I did a quick test with some loads on multiple ports and the base and charger have no issue delivering this amount of power.

During testing it also become clear that the base has no form of intelligence, it just sends through the power received from the adapter.

Here is a quick screenshot of doing this test: 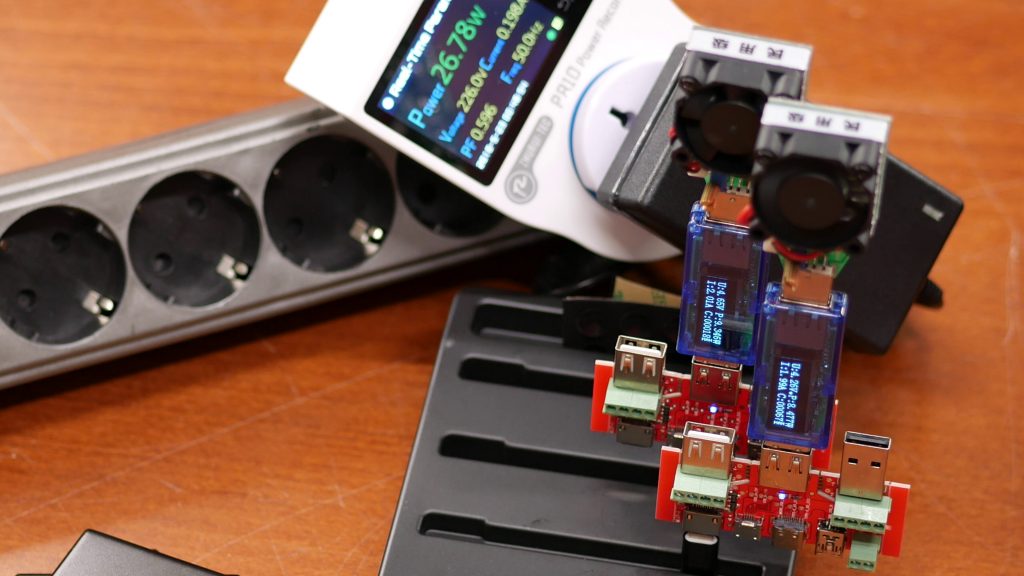 The power brick seems to be handling that just fine. This is the iPhone variety, as we can see, it has a hard time handling even the 1A load. Even at such a relatively low load, the voltage immediately drops to around 4v, going beyond 1A lowers the voltage even more, making it unusable really. Let’s look at the micro-USB version: Sadly, we can quickly see that the results are exactly the same. These little power banks can’t really even handle 1A of continuous load. And if a connected device tries to draw more, voltage drops below acceptable levels, and it doesn’t shut off. That means the intelligence in these batteries is very low.

Total Charge inside of power bank This graph shows a full drain of one of the batteries. I’ve only included one graph because it was exactly the same for the iPhone/Lightning variant or the Micro-USB type.

This shows a total capacity of 836mAh with a constant drain of 1A at 5v. Since battery capacity is always given at the rated voltage of the battery, this translates to around 1100~1250mAh of total charge in the battery before voltage drops below 3v. That is quite disappointing and much lower than the stated 1500mAh. Some might be lost because of efficiency but still, it’s much lower then the rated capacity.

This charger is currently only available on Kickstarter, check it out here: https://www.kickstarter.com/projects/2111903582/juiced-20-make-your-phone-wireless-and-cable-free

If you’ve seen the video, you know my conclusion. I’m not really happy with this product. On the surface I guess it works ok but that’s all the positive I can say about it. The craftsmanship is kind of a let down, at the edges you can clearly see glue lines and it doesn’t line up correctly.

Also the functionality of the product is kind of limited in my eyes. Sure, the suction cup idea can work, but it isn’t great really. Especially if you use an “incompatible” case on your phone.

Also, there are no lights or marks on the power banks themselves to tell you what version they are or which one is charged in the base.

Finally, I would have loved to have seen integrated Qi charger functionality. This would make charging the phone one step less and much easier than fiddling with a cable. Also, the type wouldn’t matter anymore!

Would I recommend you get it? I’m not sure, if you are in need for exactly this solution it could work for you and I’m hoping that during a final production run they are going to improve quality and functionality. But other then that, buy one of the other chargers I review and buy some power banks, you can easily get more capacity and better quality for less money going that route.

You can check out the kickstarter here: https://www.kickstarter.com/projects/2111903582/juiced-20-make-your-phone-wireless-and-cable-free